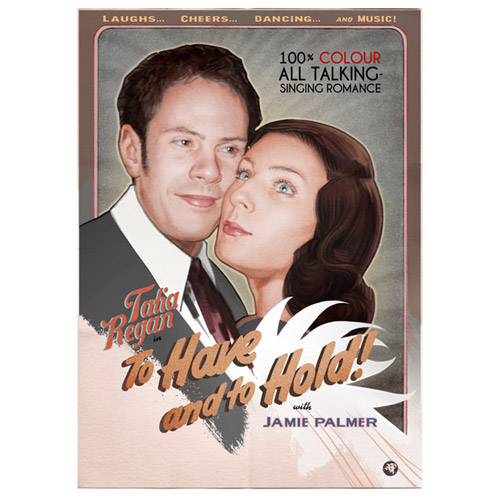 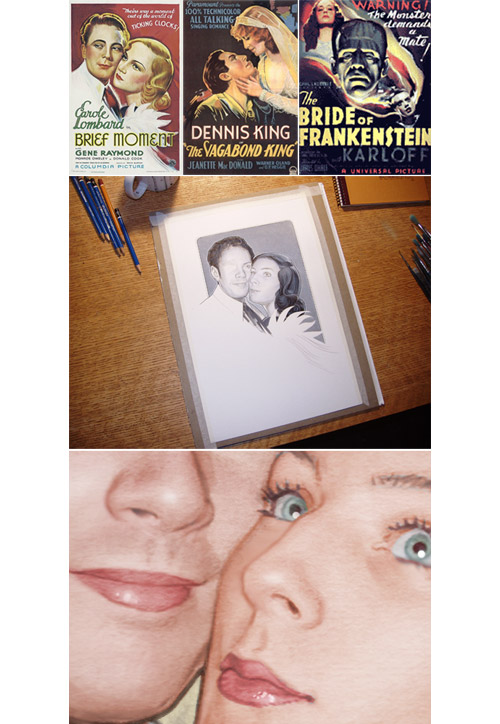 At the outset I had intended the physical art to be rendered exclusively in ink wash, but after over-working Talia's hair I introduced white acrylic. Once I'd completed the black and white painting I brought it into Photoshop where I colourized the image. This is a technique I've found quite successful at capturing a Technicolor look while retaining the brushstrokes and textures of my painting. With the rendering already done in paint this method of colouring is pretty quick.
The typography on the posters of the 1930's is sometimes the most complex part, often using as many as six different typefaces in a short stack of text. For this I created some original hand lettering and modified existing fonts in other places. Some informational text has been omitted for web.
Posted by Alex at 14:15 4 comments: 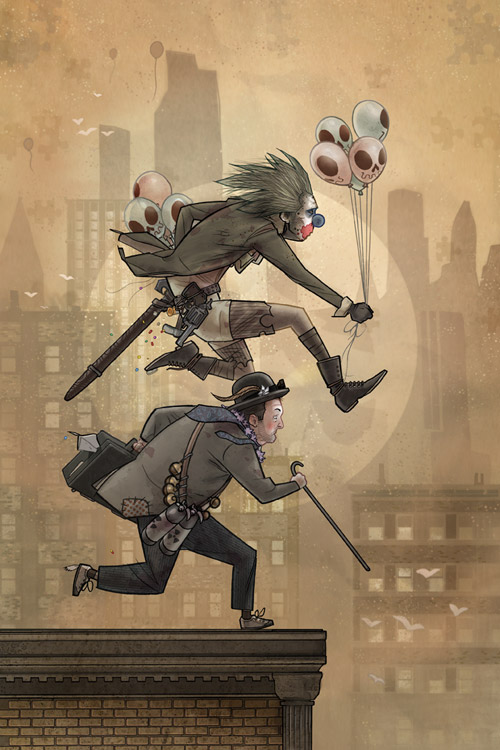 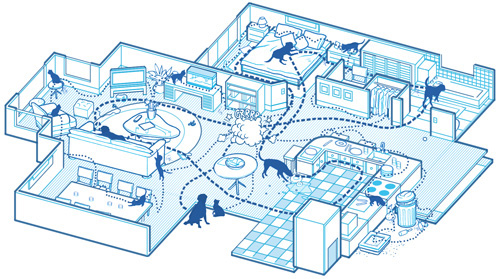 You know it's time for a Pledge Fabric Sweeper when... | Launch!
Posted by Alex at 17:21 No comments: 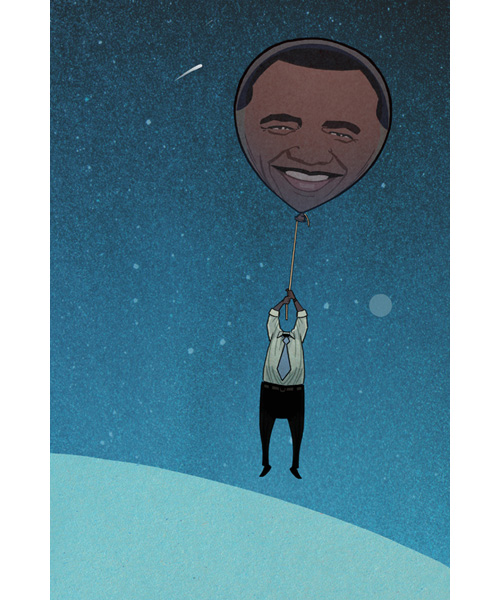 Down to Earth | 44 Oz's @ The Barbershop Gallery

Conceived by the good folk's at Parishil Co-laborations, 44 Oz's is an exhibition that features the work of 44 artists, illustrators, cartoonist and designers interpreting the drunken hope of the newest world leader, U.S. President Barack Obama. 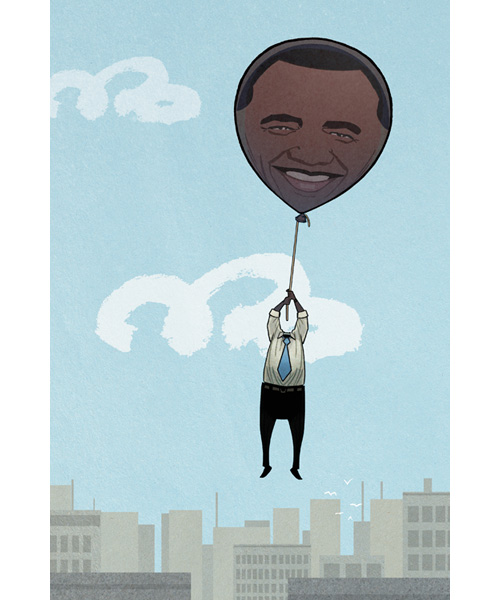 Down to Earth (alternate) | 44 Oz's @ The Barbershop Gallery

The exhibit opened on February 19th at The Barbershop Gallery (1718 Queen Street West) in Toronto, and will run until the end of the month. Please contact Parishil for gallery hours.
Posted by Alex at 19:35 No comments: The look I had in mind for these images required a significant departure from my usual methods. Both are carved block prints registered on heavy paper I had coloured with spray paint. They represent a couple of my favourite subjects (classic science fiction and prehistoric stuff) and hang on the walls in my studio. I had a lot of fun with these and I hope to expand on the series in the future.
Posted by Alex at 18:05 3 comments: 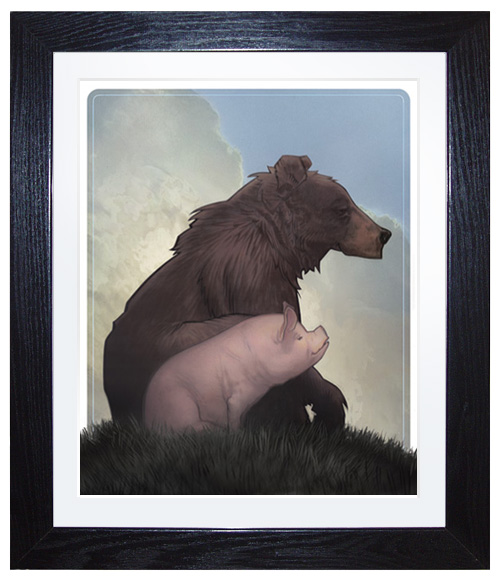 Commissioned as a gift from a bride to her groom. Companionship is the theme here. An unlikely partnership of two very different creatures, in love, and planning a future together. Acrylic on illustration board. A limited quantity of signed archival prints are still available directly from me. For more prints and throw pillows featuring the Bear and Pig please visit Society6.
Posted by Alex at 19:58 6 comments: 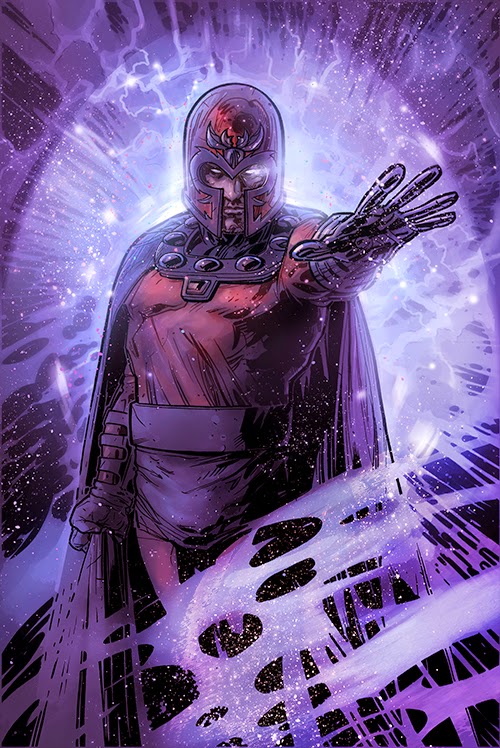 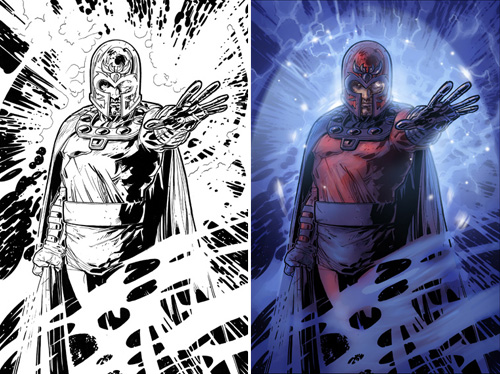 I'm a sucker for comics. Magneto was commissioned by a Toronto collector and friend, Ryan Aleong.  I thought I'd surprise him by presenting full colour art upon delivery of the original ink drawing.
Posted by Alex at 19:32 4 comments: 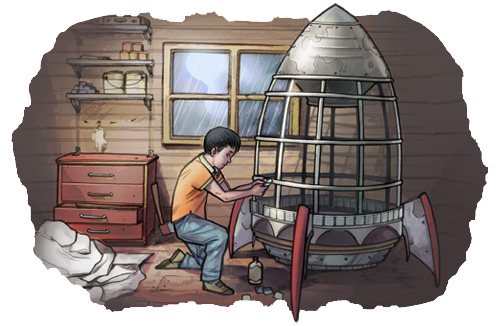 In the summer of 2008 I was contracted to produce a series of illustrations to accompany a short story entitled "Rocket Science!". What I have provided here is the opening image. The material is targeted for a grade 5-6 audience and should be available from Scholastic Canada Ltd. in early 2009.
Posted by Alex at 18:58 2 comments: