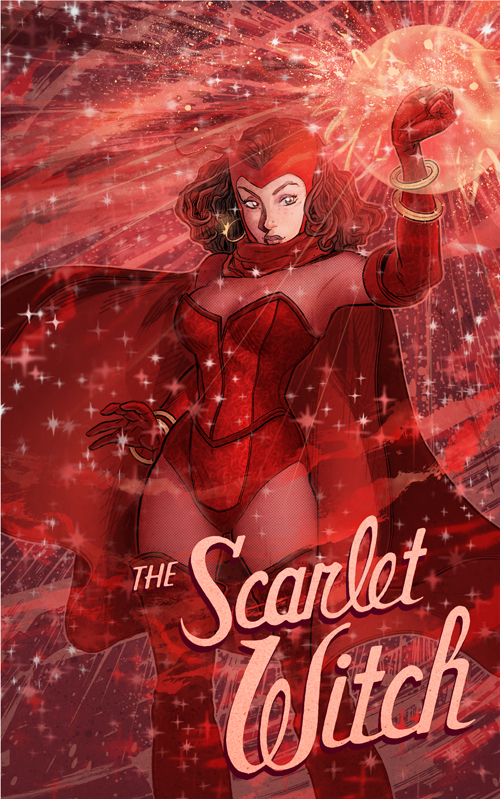 The Scarlet Witch is an 11"x17" ink drawing, coloured digitally along with some additional hand made textures.  This piece was commissioned by Doug Simpson, manager at Paradise Comics in Toronto and an Avengers super-fan. 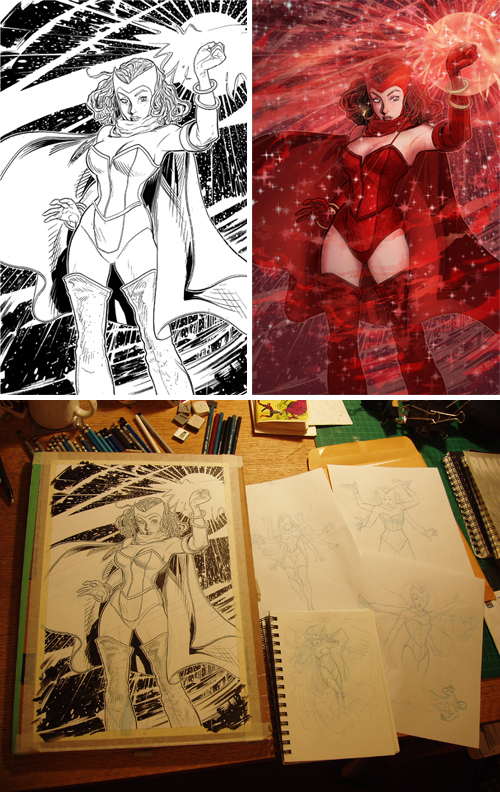 For more than a decade Doug has commissioned drawings of his favourite members of the Marvel Comics super team, including Captain America, Iron Man, Thor, Ant-man, The Vision and Hawkeye.  Many of these drawings became promotional material for local comic book conventions.
This is the second Scarlet Witch I've drawn for Doug;)  Thanks for keeping me busy!