Visions of an Icon

Visions of an Icon is an exhibition celebrating the 70th Anniversary of the first publication of Superman in Action Comics in June of 1938. The exhibit will feature art by dozens of Canadian comic artists and cartoonists, and will be part of this years annual Joe Shuster Canadian Comic Book Creator Awards. The artwork in the show will be up for auction with the proceeds going to the JSA's as well as the Hero Initiative (www.heroinitiative.org) to help comic book industry veterans. The exhibit will be held on June 14th in Toronto at the Lillian H. Smith Library Auditorium (239 College Street) and will include a day of programming called the Sequential Art Symposium running from 10AM to 5PM. As well as the exhibit there will be guest comic creators, signings, sketches, workshops, and panels followed by the presentation of the Joe Shuster Awards at 8PM. For more information visit www.joeshusterawards.com.
Posted by Alex at 15:29 No comments: 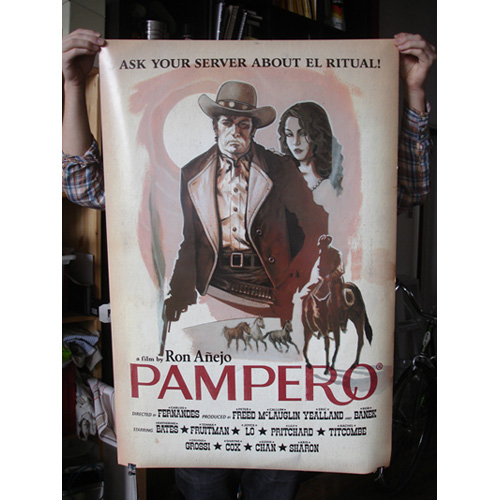 I created this western themed poster promoting Pampero Rum for the good folks at Paishil design. I had a blast banging out the concept sketches for this one, the possibilities seemed endless...
Posted by Alex at 03:41 3 comments: 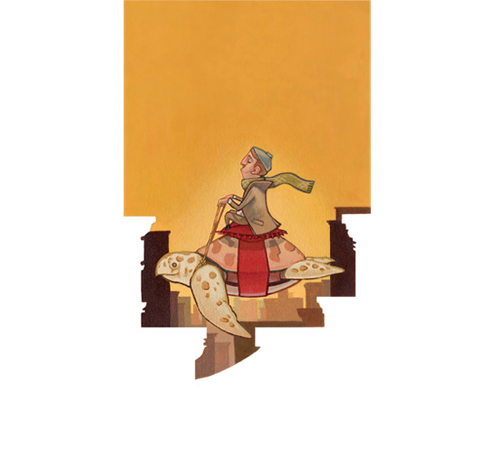 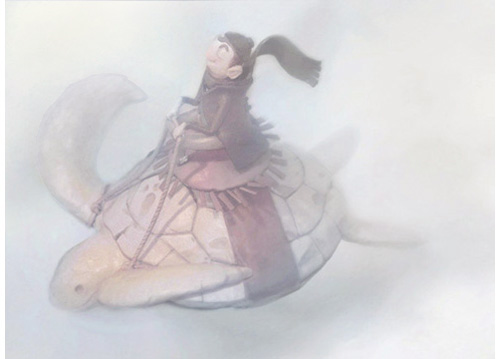 The man riding the flying turtle was originally a discarded process sketch when I was putting together the Flying Machines drawing. Before the painting existed, the character had been animated in several forms and also impressively sculpted. Once again the sculpture is by Alex Avelino. The least I could do was offer to paint the beast...
Posted by Alex at 02:28 2 comments: 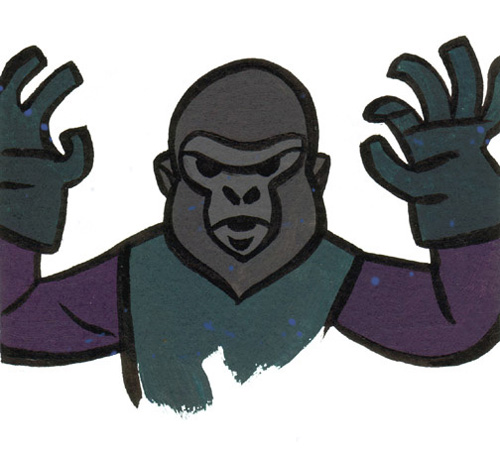 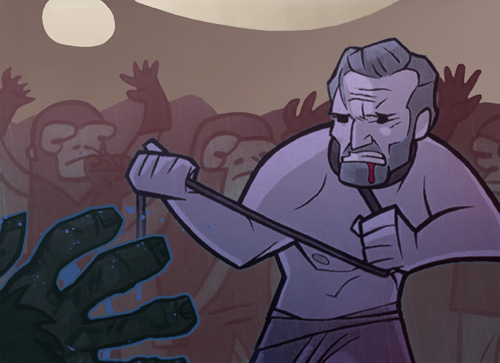 A few things from the Planet of the Apes | Personal

The third image in this posting is a photograph of a sculpture. The 15" figure dubbed "Heston" was created by the amazingly talented Alex Avelino and based on my designs in the painting above it. Alex A. does awesome work and there are many more collaborations like this one to come...

Inspiring stuff Avelino!
Posted by Alex at 01:11 No comments: 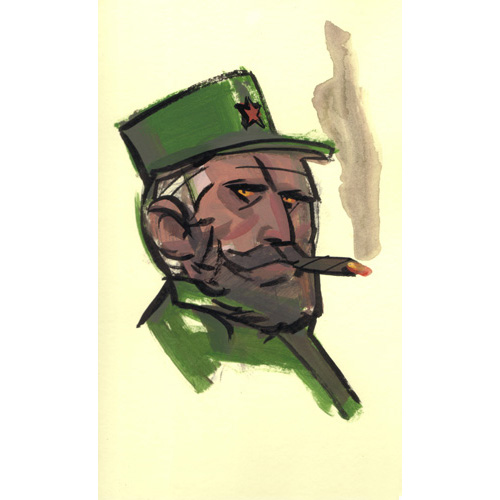 In a few weeks I will be adding a fourth portfolio to showcase some of my looser more experimental stuff, like this portrait of Fidel Castro. It's also some of my favourite work.
Posted by Alex at 22:17 No comments: 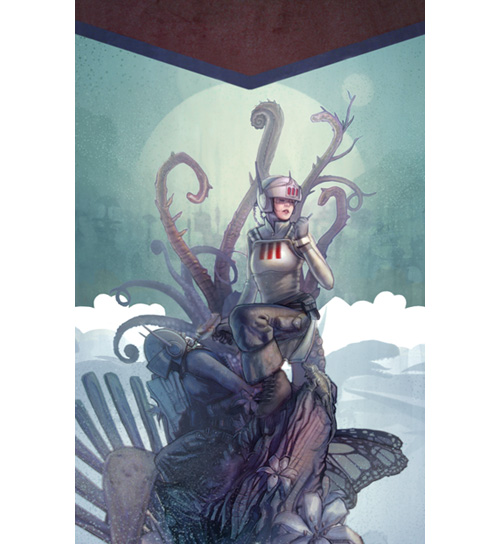 This piece was privately commissioned and created under the sole direction that it was to be science fiction influenced. I had a lot of fun digging through old pulp mags for inspiration and ultimately I'm quite happy with the result...

A limited edition run of 50 prints will be made available soon!
Posted by Alex at 17:07 4 comments:

Email ThisBlogThis!Share to TwitterShare to FacebookShare to Pinterest
Labels: commission 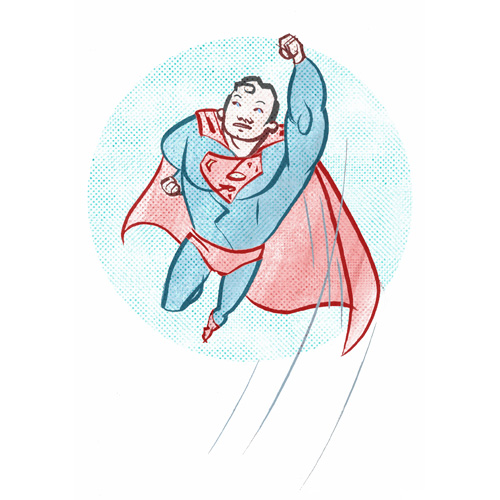 Here's a warm up sketch for a project I'm proud to be a part of celebrating Superman's 70th anniversary next month. Not sure how I'll approach the final work yet. More on this later...
Posted by Alex at 16:31 1 comment: